Recently I wrote about a complaint submitted by a SayNoTo1890.com reader to the Advertising Standards Authority of Ireland (ASAI) about a florist in Waterford who advertised their 1850 number as a freephone number.

I myself made a complaint to the ASAI about one of the radio adverts for the Jack And Jill Foundation.

This one, voiced by the fake Eddie Hobbs, invites you to call their “cheap” phone number which is a 1890 number.

Obviously, if you’re calling from a mobile, this number is far from cheap – but no qualification to highlight that fact is mentioned in the advertising. 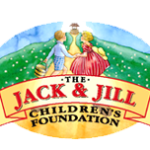 The response from the ASAI was that they’d spoken to the Jack And Jill Foundation who said they wouldn’t use that particular advert again and that the issue was now closed.